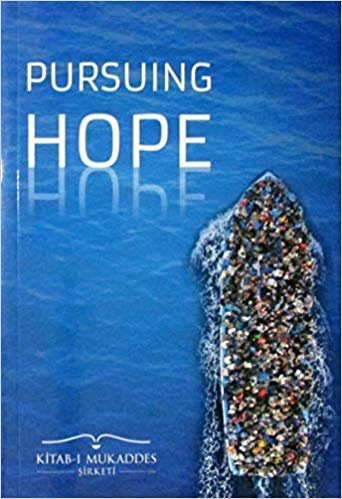 For many long years, Turkey has served as a bridge for Christian immigrants eternally leaving the Middle East. In 1991 the war that broke out in the Gulf as well as the armed conflicts of the early years in the second millennium have led to an increase of this migrative movement. Those Christian refugees who reach Turkey eventually migrate to Christian countries after staying here for a certain period of time and gaining for themselves asylum status through the United Nations and some consulate offices. Today the asylum politics carried out through our country's great sacrifice and feelings of hospitality, have been increased by the aid and social activities of many churches in order to further help these immigrants and refugees including not only aid activities toward those of any particular religious group, but benefitting all who share the same pain and longing. This book is comprised of the memories of twenty Iraqi Christian immigrants and refugees almost all of whom lived in or still live in Turkey. These people were not able to freely leave the cities that they have been assigned to in our country, so a few young people made a request of the Arabic-speaking clergy that visited them from time to time in these cities. They wanted their stories to be published, so that they could describe their sorrowful experiences to the people of Turkey, whose language they do not speak. As you see, this endeavor really belongs to the young Iraqi Christian refugees. These young people reported what you are about to read in Arabic and then tried to convey their thoughts by transferring them to English before they made their request. We then took these notes and translated them into Turkish and prepared them for publication. The life stories you are about to read in this text are true. The first reports were made from 2016-2017. The place names in the text are real, although the personal names have been changed for purposes of security and personal privacy.

The Tracks of God: The Story of Henry Oehmsen, Waffen SS Soldier of World War II and Prisoner of the Soviets

A Lawyer With His Briefcase Can Steal More Than A Hundred Men With Guns: Lawyer Gifts | Lawyer Books | Lawyer Notebook